Earlier days when there was no OS, it was a difficult task to open any Application cause for every Application to open, you need to code manually. But, now OS like Windows, Macintosh, Linux has made it easier and we can do multiple tasks in one click.

Operating System has made it easier to use Computers and Laptops very easily. One of the Best & Free OS is Linux which is used by most of the people.

Linux is an Open Source Software and you can use it very easily according to your needs. Also, if you want to run any Android Application on Linux you can do it by using Linux Android Emulators.

In this growing technology, one cannot live without Smartphone as there are many Apps which can enhance your Experience. But, for those who don’t have Smartphone and is using Linux OS then this Article is for you as I’m going to share Best Emulators For Linux.

You can do every task which you can do on your Android Smartphone like you can Play Android Games, Watch Videos, etc.

Why Use Linux Android Emulator?

Android Emulators for Linux can be used for multiple purposes. Linux is used by many programmers to test there codes and Linux is one of the Best Free Operating System.

It allows us to select from various Android Devices like Nexus 7, Samsung Galaxy, etc. Also, you can select your preferred Android Version which you like.

It is a great platform for Android Developers as they can test their newly created App. This Emulator also allows you to configure RAM, Harddisk, etc.

There are many Must Have Apps which you can use on Linux via this Andy Android Emulator as it has inbuilt Google Play Support.

Android VM is another Best Android Emulator for Linux which you can easily use to run any Android Apps & Games on your Linux OS.

It is a parent project of Genymotion and it works really well. The best part about this Emulator is that you can use Andro VM to install Android Emulator on Linux even Offline.

It can be downloaded for both 32 bit as well as for 64 bit OS. As mentioned above, Virtual Box must be installed on your Linux in order to run this Emulator.

Android-x86 is another Best Android Emulator for Kali Linux. This Emulator is quite popular for Linux OS where you can easily run any Android Apps.

Apart from this, you can also access web, games, apps and many more things. Using this, you can easily access any app or games on your Linux Based PC.

Official Android SDK is one of the Best Android Emulator by Google, which is used by most of the Android Developers to test their newly launched App. It can be used in Linux and in Android Studio as well.

Not only you can test but you can also create your own new App using this Software and test that newly created App via Android SDK Emulator.

Anbox is another most popular and Best Android Emulator for Ubuntu that is available for more of the Linux versions including Mac.

Once you start using this, you’ll feel like you are using a real Android phone and not a PC. It will be installed on your Linux PC and give you the access to run Android Apps & Games on PC.

It can be installed on any GNU/Linux Operating System. Unlike other, it has many features including high security, Runs Android without hardware virtualization, Integrated with Host OS and much more.

Jar Of Beans is a Portable Android Emulator which Emulates Android Jellybean. It supports Intel Hardware Accelerated Execution Manager which means the overall performance of the Emulator will be great.

The best thing about this Emulator is that it doesn’t require any installation and it can be accessed directly via an executable file.

Apart from this, it also has features where you can Download & Install APK, SD Card Support, Install Apps from Play Store, etc.

Features Of Jar Of Beans:

Hope you liked this Article on Android Emulators For Linux. Do Comment below if you have any query. Stay tuned with us for more latest Tricks & Updates. 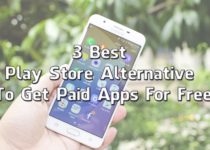 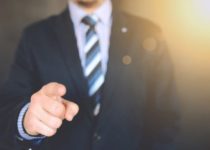 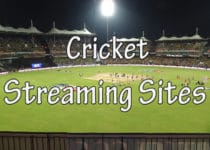