When it comes to Gaming, Nintendo is one of the most popular handheld Gaming Consoles. It is much popular among people and many popular games can be played on Nintendo DS. Unfortunately, it is quite expensive and may be out of budget for some people. So, here in this Article, I’m going to Share 5 Best Nintendo DS Emulator For Android.

Nintendo DS is considered as the most famous Handheld Gaming Console. It is quite similar to PSP & Game Boy. As Nintendo DS is quite expensive, everyone cannot afford it. But still, with the help of Nintendo DS Emulator, you can easily Play Nintendo DS Games On Android.

If you ever wanted to Play Nintendo DS Games, then you can fulfill your wish with the help of these Best Nintendo DS Emulator.

With the help of these Emulators, you can Play most of the Nintendo DS Games like Pokemon DS Game, Super Mario, The Legend of Zelda, etc.

When it comes to Nintendo DS Emulator, DraStic DS Emulator is one of the Best NDS Emulator For Android. It is considered as most stable and flexible Emulator for Playing DS Games On Android.

Though it’s a Paid App, it worth every single penny. It has many features which includes Save and resume progress anywhere with save states, supports add-on controllers and physical controls on nVidia Shield and Xperia Play, Customizable DS Screens, etc.

nds4droid is another most popular and Best Free Nintendo DS Emulator For Android Smartphone. It also supports OUYA Game Console.

This Emulator is somewhat slower even on a High-End Devices but still, it’s much ahead of most of the Android Nintendo DS Emulator.

It also has a Frame-Skip Option that boosts your Game and makes it run smoother. The Best Part is, it’s an Open Source App which is completely free.

NDS Boy is one of the highly rated and Best Mobile DS Emulator. You can easily Run Nintendo DS Games on your Android Phone using this Emulator For Nintendo.

You need high-end devices (2G RAM, quad-core CPU or higher) to use this Emulator. For the Android running on 5.0 or lower, they have another version of the App named “NDS Boy! NDS Emulator”

This Emulator Supports various NDS game file format including 7z, rar, zip and nds. Also, it has the feature of Quick Save, Quick Load, Auto Save, etc.

NDS Emulator has very new features which includes Controller Vibration, Sustain Button and the ability to Play your Own Music with Music Downloader App while Playing Games.

Moreover, it also has the feature of Multi Touch/Keyboard/Gamepad Controller Supported. You can load a file from zip and 7z format.

RetroArch not only lets you play Nintendo DS Games but also a bunch of other video games such as PlayStation, Game Boy, Xbox, etc.

Apart from Android, it can also be used on Windows, Mac, iOS, Linux, PSP, PS3, and many other Platforms. The Emulator lets you run classic games on a wide range of Computers & Consoles.

It has advanced features like Shaders, Rewinding, Netplay and many more. If you are looking for an All-In-One Emulator For Linux, Android, Windows or for any other Device, then you must go with this.

As the name suggests, this is the Free DS Emulator using which you can Play your favorite Nintendo Games On Android for free.

It has a Customizable Controls and it also allows users to Save Games & Load Games. You can easily customize control buttons in this Emulator.

With the help of this DS Emulator, you can play any of your favorite and Best Nintendo DS Games on your Android Smartphone.

EmuBox is another All-In-One Emulator or say Multi-Emulator which supports many Gaming Consoles including NDS, GBA, SNES, GBC, PSX, etc.

You can easily Play any of your favorite and latest Nintendo DS game with this Emulator. Not only NDS but also other supported Consoles too.

Hope you liked this Article On Best Nintendo DS Emulator. Do Comment below if you have any query. Stay tuned with us for more latest Tricks & Updates. 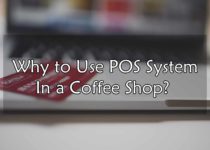