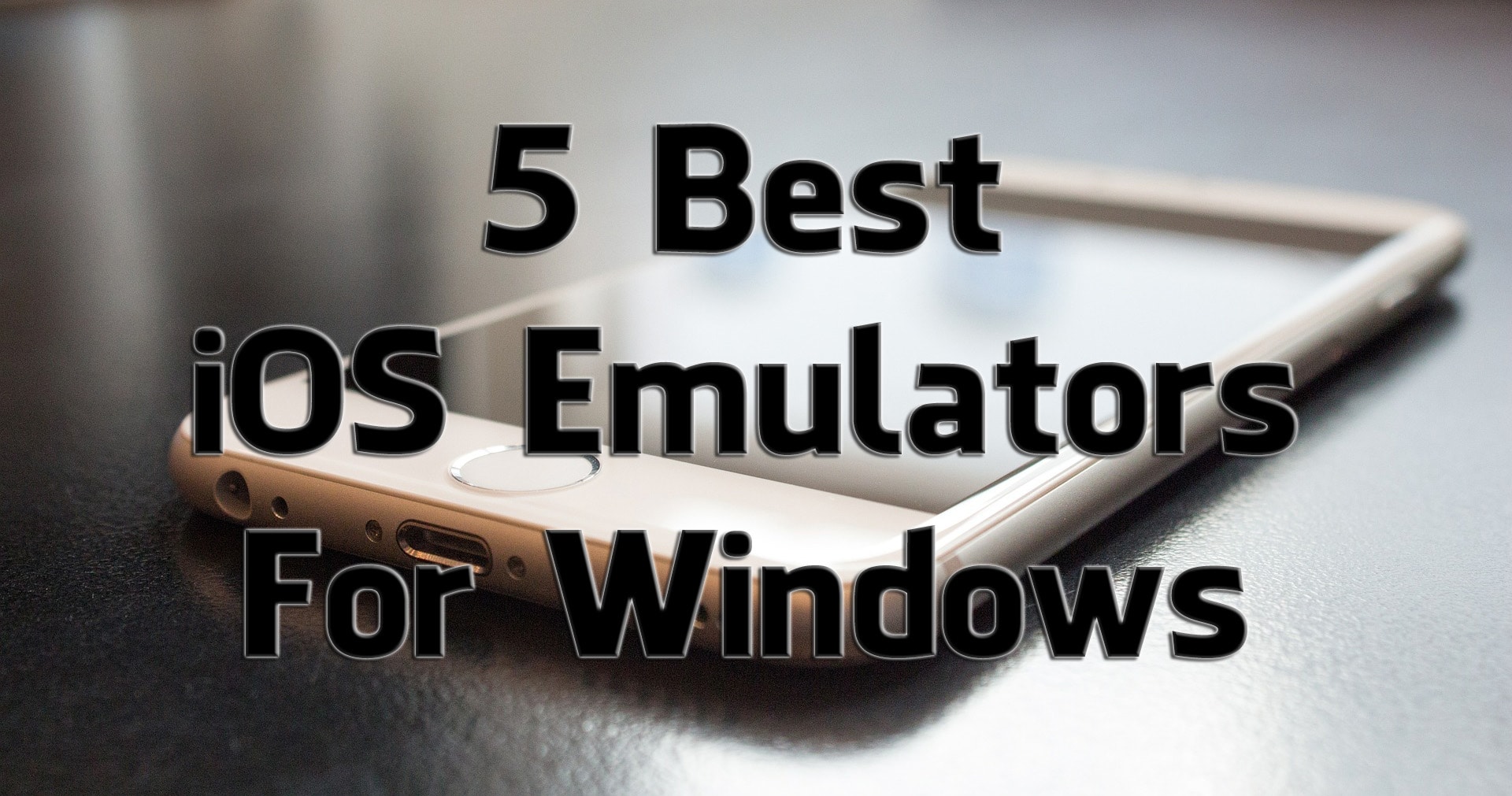 There are many fascinated Apps on iOS & you might wish to use those Apps, but unfortunately, everyone does not have iPhone. No doubt Apple App store has a vast collection of iOS applications and games. Undoubtedly, it is also true that not everyone has an iPhone or iPad to run the apps made especially for iOS devices.

If your friend has an iPhone and you don’t & you saw an iOS App and are amazed by it then don’t worry, even you can Run iOS App in your Windows. Simply download below mentioned iOS Emulator & Enjoy iOS Apps on your PC.

As you all know iOS is the favorite OS for developers and most of the apps which get released is first launched for iOS only. On the other hand, iPhones are very costly, and many of us don’t find it worth those bucks too, so most of us end up buying a budget smartphone only.

There are many Apps which are only available for iOS which you can try on iOS Emulator; Also you can Play many iOS Games which you want. You just need to Download & Install iOS Emulator on your Computer, and you are ready to use iOS Apps on your Windows.

There are many iOS Emulator for Windows, but here we have listed the Best iOS Emulator so that you can run your favorite iOS App easily on your Computer.

Also Read : How To Turn Your Phone Into A Keyboard & Mouse To Control Your Computer

What Is iOS Emulator?

Let me explain the term Emulator first. An emulator is a Software/Program using which you can run apps/programs of other OS like Android, iOS etc. So iOS, emulator is software/program which allows you to run iOS apps/games on your PC/Computer without any need of iPhone.

These emulators are helpful for developers especially while developing programs/apps/games for other platforms, As it becomes time-consuming to transfer app to iPhone every time for testing. In such cases, Emulators becomes very handy. 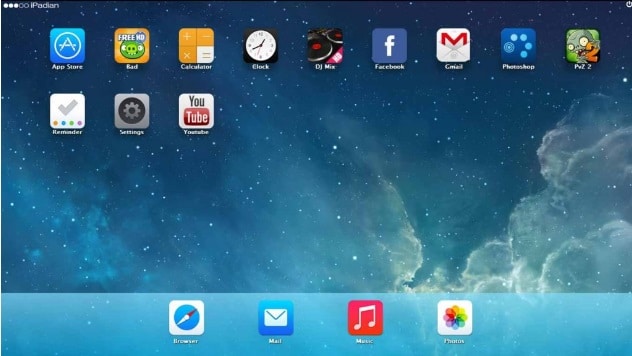 iPadian is one of the Best iOS Emulator for Windows. Also, the GUI of iPadian is same as of an iPad so, when you use it, you will get the feel of an actual iPad on your Windows PC.

iPadian is available in both Free & Paid Version. Free Version is equally suitable to be used for any iOS Games & Apps from it. It’s beautiful GUI, App Compatibility, Clear Indicators and the choice to download Apps from the iOS app store makes it the most preferred Free iOS Emulators in the list. 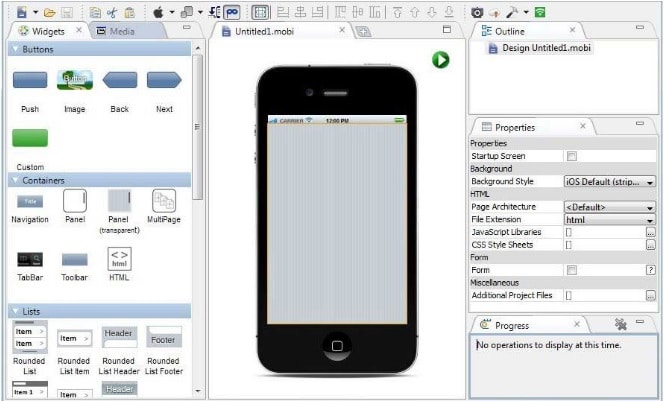 With MobiOne Studio you can build status notifications on the desktop, share app, configure your apps to run like iPhone and iPad. All the applications are built on HTML 5 which you can use anywhere and are compatible with multiple devices. 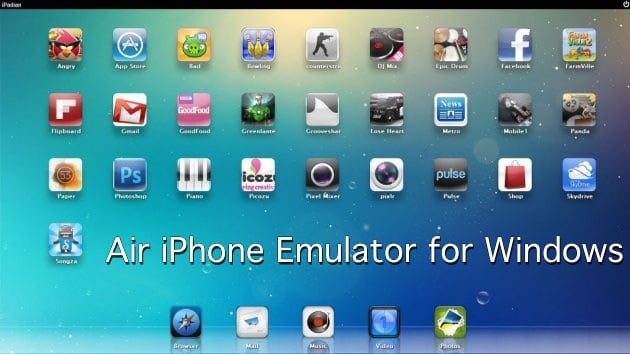 Air iPhone is another one of best iOS Emulator which is available for Windows 7/8/8.1 etc. is an Adobe AIR application that provides iPhone’s GUI and enables you to run iOS applications on it. The emulator is designed to replicate the graphical user interface of the mobile phone.

Using this emulator, you can run iOS apps on your Windows PC/Computer without any issue. If you are an iOS developer, then you must try out this emulator to try your apps for free. If you didn’t like iPadian Emulator, especially it’s free version, then you must try out this alternative of the iPadian emulator which is not bad and totally free to use. 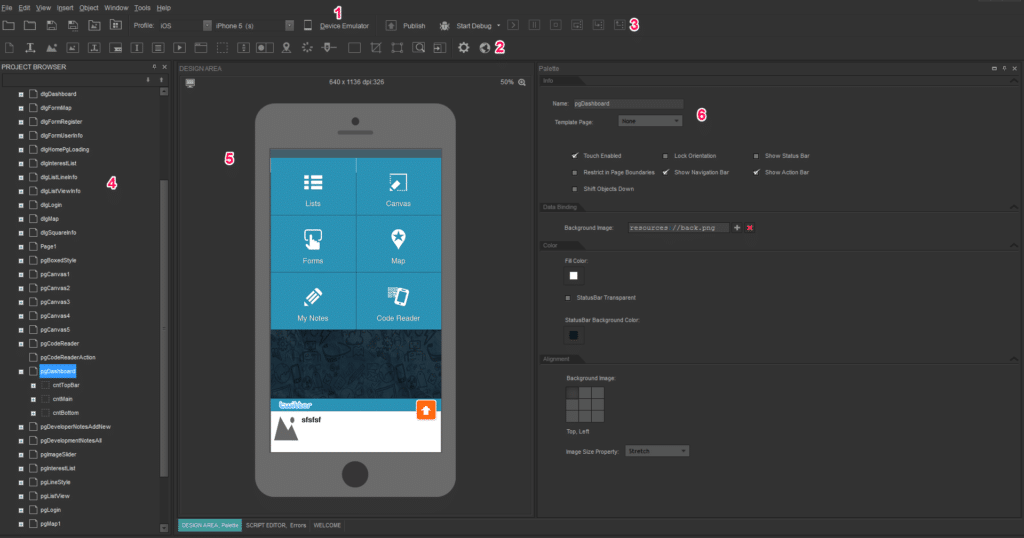 Smartface is also one of the Best iOS Emulator. You can use Smartface emulator for testing the applications you are developing for iOS. It has many features like plugins to extend smartface apps, Javascript library, enterprise services and plugins. It is flexible for app developers due to its full debugging options.

Once you have installed this, you can enjoy best iOS apps and games on your Windows PC. You can use this iOS emulator with all the versions of windows without any problems.

You can use this Emulator without any issue, but the condition is you have to spend some bucks if you want to use this emulator as this is Not Free.

Also Read : How To Check Who Viewed Your Facebook Profile [ Updated ]

Hope you love this Article on 5 Best iOS Emulators For Windows. Comment below if you have any query. Stay tuned with us for more latest Tricks & Updates. 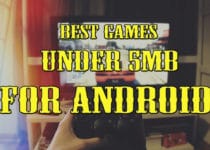